Data Science for the economy

As a part of University of Warsaw, the largest university of Poland, Interdisciplinary Centre for Mathematical and Computational Modelling (ICM) was established in 1993 and has become one of the top High Performance Computing (HPC) centers in Poland, which also in the domain of Big Data, HPC and cloud services, ICM supports approximately 1,000 users from Poland using ICM’s supercomputers, network infrastructure and big data storage.

Since 2020 ICM has been taking part in the creation of National Competence Centers in the framework of EuroHPC, a joint initiative between 33 European member countries and the European Commission (EuroHPC JU) to build an exascale computing infrastructure in Europe.

Furthermore, Virtual Library of Science- a platform which is crucial in securing access for Polish scientists from over 500 institutions to the entire body of scientific literature- and a large part of its resources are being kept on ICM’s servers, which ensures the possibility of unlimited use of the archives in the event of temporary or permanent loss of access to publishers' servers, in particular in the event of discontinuation of the license.

From 2018 to 2021, ICM organized Supercomputing Frontiers Europe. An international conference in HPC and computational science, a platform for the “thought” leaders from both academia and industry to interact and discuss visionary ideas, the most important global trends and substantial innovations in supercomputing. The last two virtual editions of SCFE were viewed in more than 70 countries with a few thousand participants.

Among the variety of research projects, we would like to highlight a few that provide our services not only to the Academia, but also to the public sector. 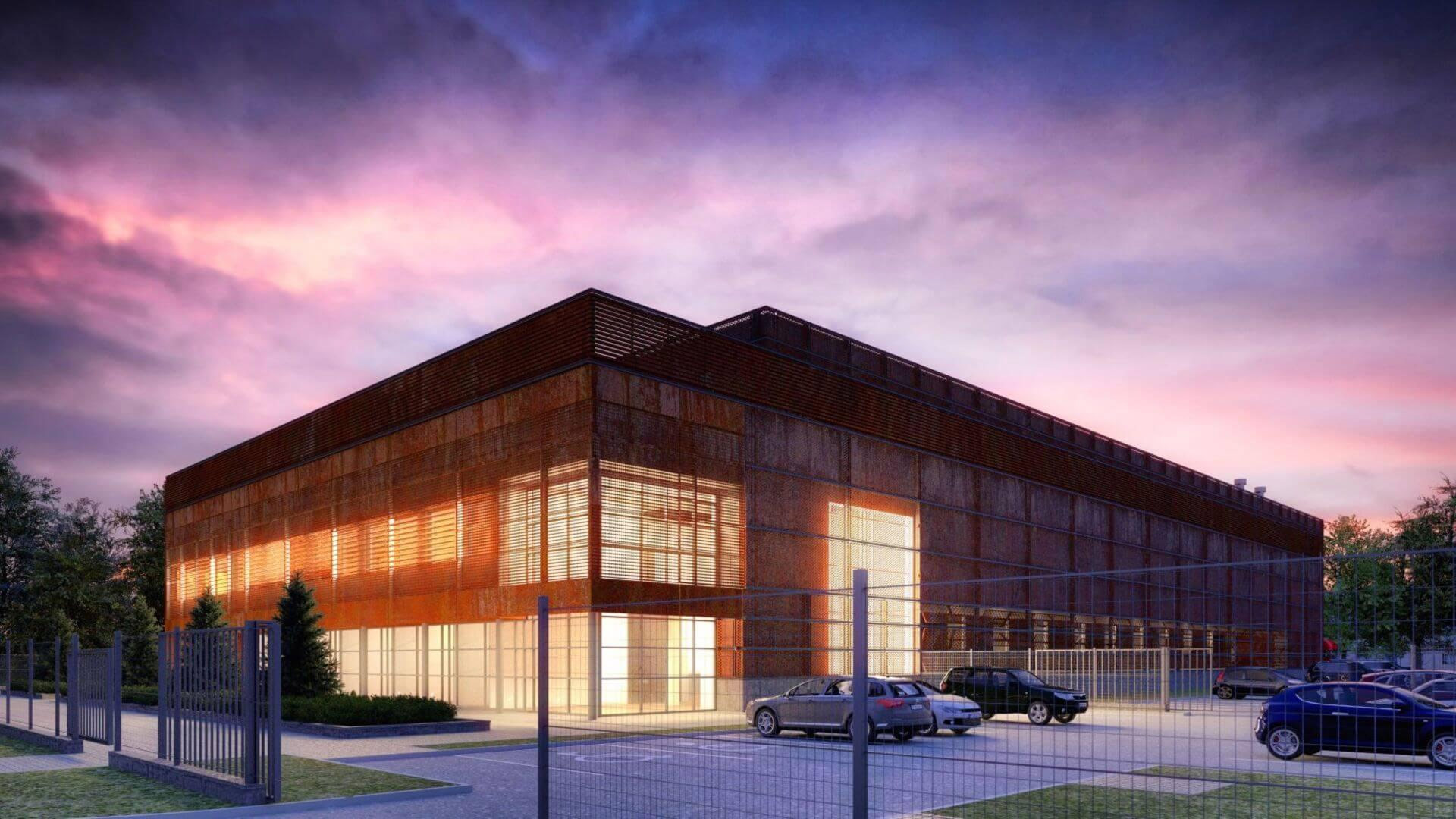 Meteo.pl is a weather portal, established in 1996. It provides the most accurate weather predictions for Poland up to 120 hours in advance. The model runs 4 times a day and the website itself is being visited around 200 million times a year. The area covered by the detailed model extends from Venice in the south to the Arctic Circle in the north and from Frankfurt am Main in the west to Kiev and St. Petersburg in the east. The basic model used at ICM UW is UM (Unified Model) used on the basis of cooperation with the British meteorological service Met Office.

When the COVID-19 first reached Poland, the researchers at ICM decided to repurpose and recalibrate the influenza epidemic model developed in 2010 to show the potential course of the spread of a Covid-19. ICM Epidemiological Model has been successfully used to describe the spread of the COVID-19 pandemic in Poland. The model works at the nationwide level and provides short and long term predictions. It takes under account the administrative restrictions that are being imposed in the country. The ICM team cooperates on an ongoing basis with the Minister of Health and the Department of Analyzes and Strategies of the Ministry of Health and the Government Center for Security (RCB). We are a member of the COVID-19 epidemic monitoring and forecasting team appointed by the Minister of Health.

Global Air Transport Optimiser (GATO) has been developed by ICM and International Civil Aviation Organization (ICAO) within a joint undertaking. The project has been in development since 2015, it’s been created having in mind the needs of the aviation industry. GATO is a unique application containing behind and beyond connectivity, air freedoms, route profitability, scenario game theory analysis that can be viewed from airline, airport, country or route perspective. ICM has developed a set of state-of-the-art decision making support tools for air traffic planning and optimisation. Tools developed during the project bring forward a new quality to aviation analytics by creating a fully integrated, continuously updated repository of air traffic data, flight schedules and attributes. 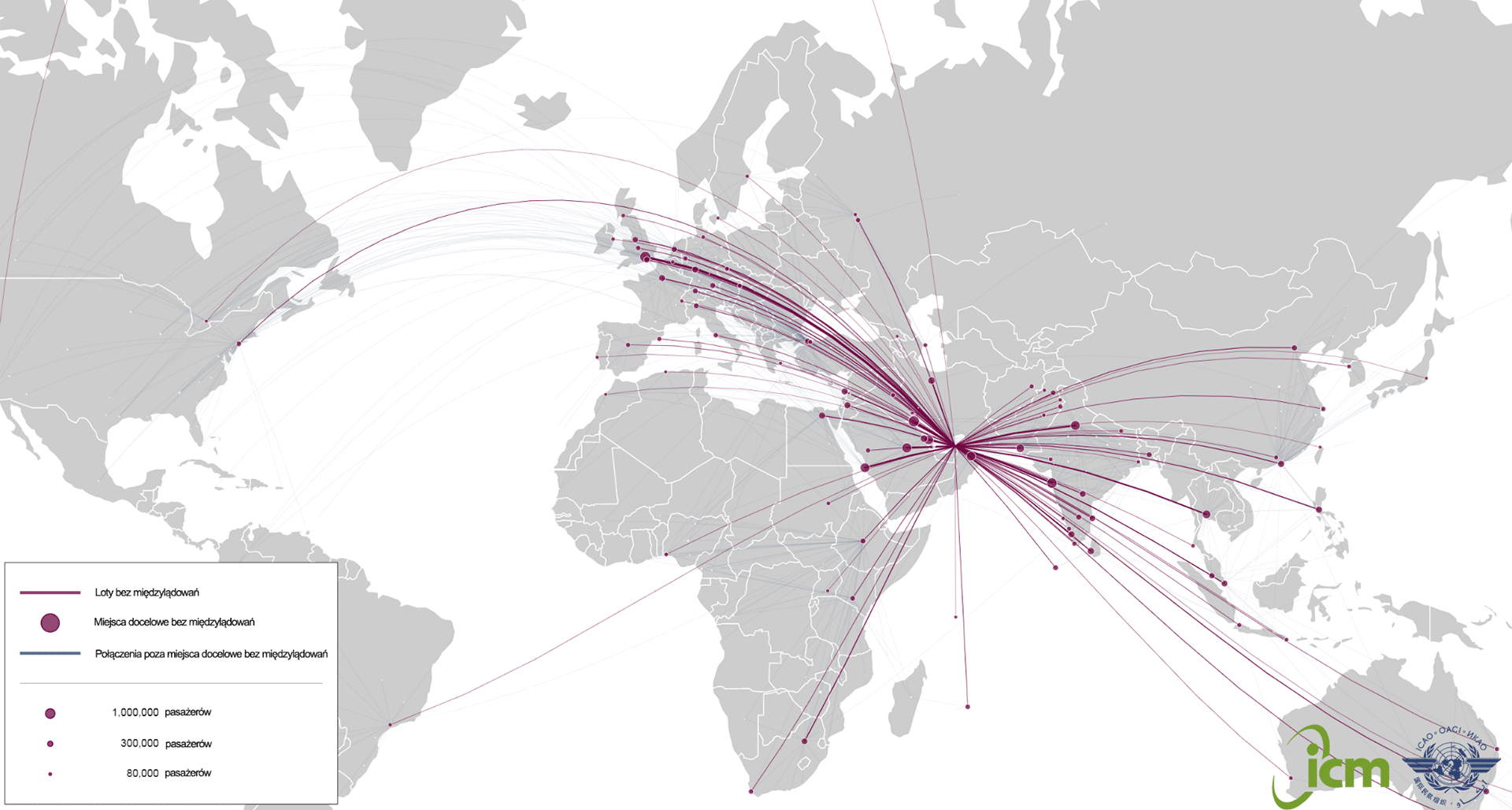 In early October 2019, ICM University of Warsaw (Poland), A*STAR Computational Resource Centre (A*CRC, Singapore), and Zettar Inc. (U.S.) embarked on a project to jointly conduct a production trial over the newly built Collaboration Asia Europe-1 (CAE-1) 100Gbps link connecting London and Singapore. The link would provide shorter, faster, and cheaper connectivity than the links routed via the North Atlantic Ocean, across North America, and across the Pacific Ocean. Moreover, with this link, the Middle East region would be able to participate in globally distributed data-intensive research and scientific endeavors with Europe, Asia Pacific region, and beyond.

This cutting edge networking solution was featured in a webinar titled: “Supercomputer in use: Trans-continental ultrafast data transfer” during Polish Game Week in Poland Pavilion. It was broadcasted via YouTube (link here), presented by Michał Hermanowicz [Research and Technical Specialist] and Jarosław Skomiał [Data Center and Network Operations Team Manager] from ICM University of Warsaw.

“The goal of this project was to show that we can learn how to transfer, store and compute big data. Long distance transfer is possible for research units.”- Jarosław Skomiał.

Get in touch about Expo

News
For the press